The Attack brings punk back to the basics: short, fast-riffing songs about the social, music, and media-driven politics of today. The simplicity of punk has been lost on a divided underground driven more by fashion and ruled by icons that have become the same rock stars the punk movement rebelled against in the Seventies. Across the country everything punk, from all ages shows to Facebook pages, has become a popularity contest that defies the original intent of the alternative music scene. The Attack is ruled by a DIY ethos and driven by a goal: to re-unite the punks and skins and hardcore kids under the same underground flag. The Attack’s lyrics are true “shot from all sides” anthems. The Attack never panders to one political party or music scene, forming an opinion, agenda and sound of its own.

The Attack One Sheets 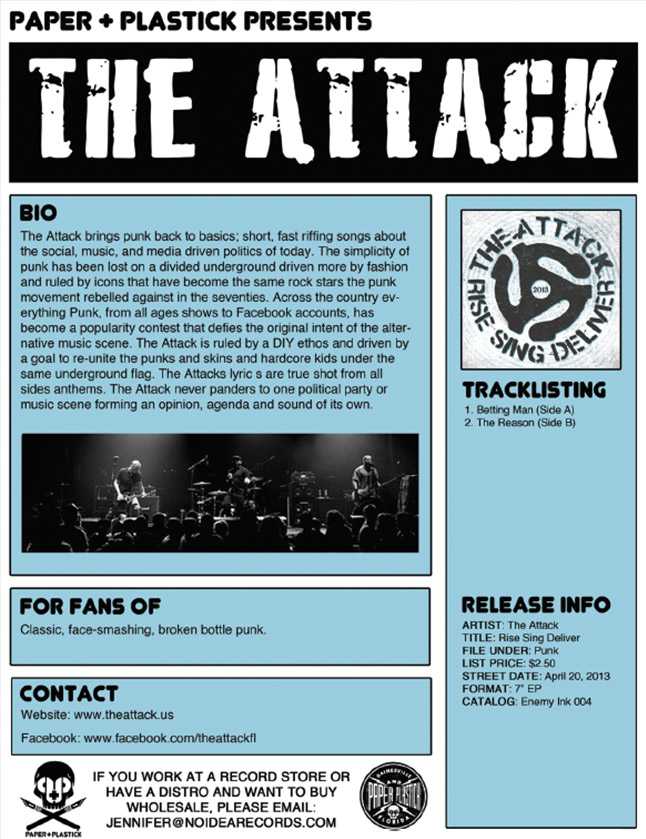 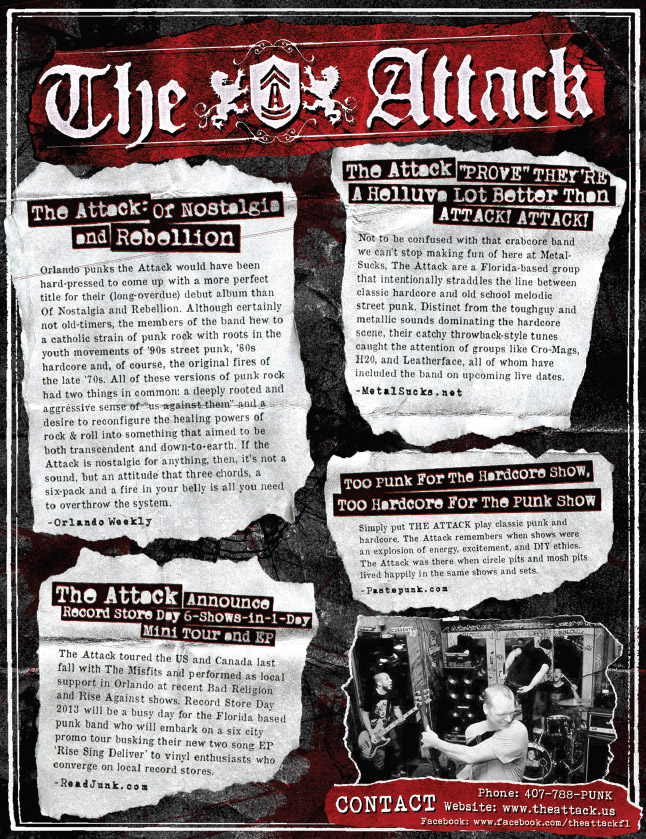